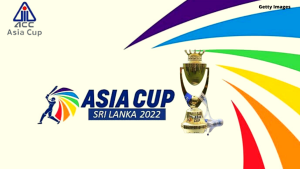 The Asian Cricket Council Asia Cup 2022 is an international man's cricket tournament that was created in 1983 when the Asian cricket body was formed. The original plan for the tournament was to be played every two years, but it has since become the only international cricket championship held on the continent. The winner of The Asia Cup becomes the champion of Asia. The … END_OF_DOCUMENT_TOKEN_TO_BE_REPLACED